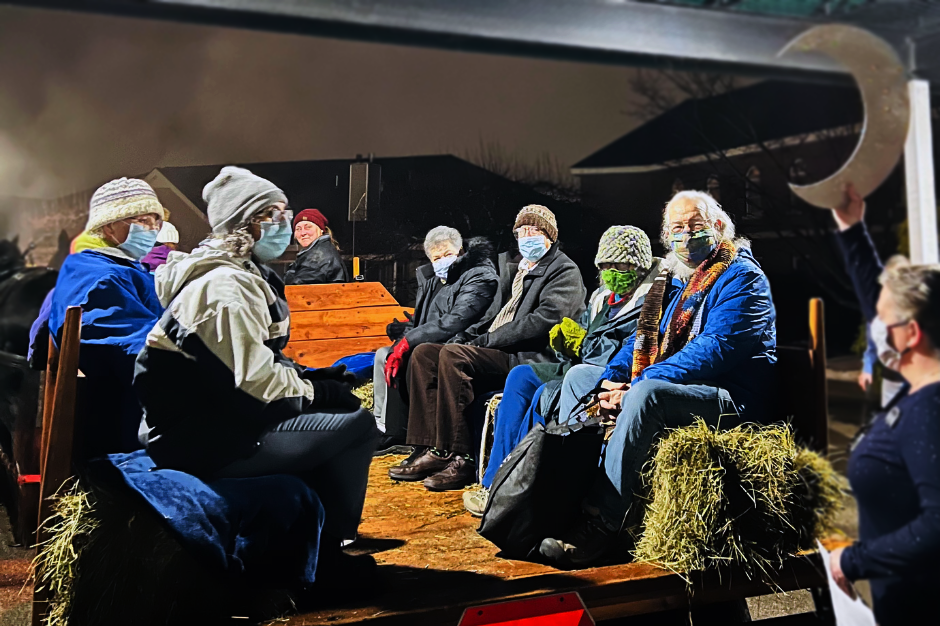 RiverMead residents ushered in the new year with various festivities around the campus. New Year’s Eve was filled with activities put on by the programming team, including a New Year’s Toast to-go bag that included champagne, an international buffet (served in the dining room), various movies, and horse-drawn carriage rides around the campus.

This was the last successful program of 2021. The programming team is responsible for coordinating hundreds of programs, activities, and excursions throughout the year. Some of the many favorite events this year included:

The RiverMead Folk Festival: This day of folk music took place in late June and featured over six groups of musicians across our campus and featured talented resident and staff members as well as notable artists from across New England.

The National Parks Summer Series: Presented by Stephen Farrar, this eleven-week series began with an overview of all 423 units under the National Park Service’s umbrella, followed by a series of groupings of the parks he has visited. The series ended with a virtual visit to the 16 NPS units in Massachusetts. 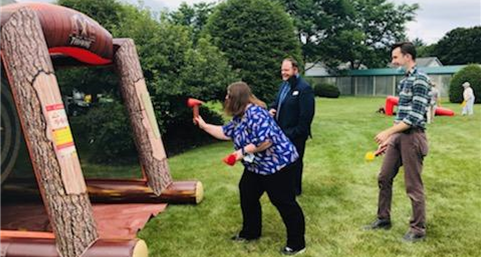 Nantucket Island Overnight: This two-day overnight excursion to Nantucket gave residents the opportunity to visit one of the favorite destinations of people from around the world! Residents could explore the downtown, tour the island and museums, and enjoy a waterfront sunset dinner at one of the area’s premier oyster bars.

Fall Foliage Sailing Excursion: Residents were able to enjoy the beauty of New Hampshire’s foliage as they sailed the Piscataqua River aboard Portsmouth’s Tall Ship the Piscataqua, a single mast replica gundalow.

The team has also been busy planning for 2022. In the first quarter of the year, residents will be able to participate in exceptionally planned events and excursions. This includes on-campus classes and workshops as well as trips to various museums, concerts, and shows.